While it’s not the only retro-inspired mirrorless camera out there, the Nikon Z fc’s personality and portability make it a great choice for a walkabout or travel camera. Largely based on the 18-month-old Z50, its internals aren’t the most advanced or fastest around, but overall performance is solid and new user-friendly touches like the articulated screen and USB-C power supply are welcome.

We usually strive for objectivity here at Trusted Reviews, but it’s impossible to get away from the fact that one’s relationship with a camera (or any similar tech product, really) starts on an emotional level.

That’s why styling is considered a vital part of the industrial design process, and why Nikon has harked back to its 1970s and 80s heyday with the new Z fc – a camera that shares most of its innards with the Z50 but clads them in a gorgeous old-school black-and-silver shell.

Very much inspired by the firm’s beloved FE 35mm camera, the Z fc’s handsome retro looks are clearly engineered to attract style-conscious photographers and videographers seeking a modern-day camera with real personality – but is there more going for it than its fetching looks?

The Z fc is a good-looking camera, as I have said – and it’s well-constructed too.

The magnesium alloy frame is both sturdy and lightweight, so while it may look like a 40-year old camera it won’t put nearly as much strain on your neck. It’s not weatherproofed, and the exterior is metal-look plastic rather than actual metal, but there’s a sense of solidity here that suggests the Z fc will last you for years.

The controls are also inspired by old-school 35mm cameras, with manual dials for adjusting ISO and shutter speed located on top. This isn’t a new concept for mirrorless cameras (Fujifilm has been doing it for years with its retro-influenced X series models), but it’s a refreshing new direction for Nikon, and the dials feel suitably weighty and clicky when twisted.

Also on top you’ll find a separate dial for exposure compensation and two switches that sit underneath the ISO and shutter speed dials respectively. The former allows you to instantly toggle between video and photo capture modes; the latter between the standard Auto, P, A, S and M shooting modes.

There’s a dedicated button to stop/start video recording and a tiny LCD screen that displays the current f-stop setting too – a curious addition that feels a little redundant given that all settings can be shown on the back screen and in the viewfinder.

The old-school design isn’t as purely ergonomic as some modern-day camera shapes. There’s no big grip for your right hand to wrap around, for starters.

That’s not to say the Z fc isn’t pleasing or comfortable to hold: its textured leather-effect body does provide something to grip onto, and the controls (including front- and back-mounted adjustment dials) are all located in the right places for your fingers to find.

To prove that it’s not doing everything by the retro playbook, the Z fc includes a decent OLED electronic viewfinder and an excellent 3-inch rear touchscreen.

The screen is particularly impressive. It’s fully articulated and can be flipped to one side of the camera body to face forwards – a boon for vloggers and anyone else trying to arrange themselves in a shot. It’s a major improvement over the Nikon Z50’s flip-down screen which, when facing forward, got blocked by vlogging handles, tripods and anything else attached to the bottom of the camera.

The DNA of the Z50, Nikon’s first mirrorless camera, comes through strongly in the Z fc’s internals.

The cameras share a sensor, processor and many features, and in some ways this is a positive thing: despite the Z50’s age, its 209-point hybrid autofocus system is fast and accurate, with effective real-time tracking for human and animal eyes, and that translates into the Z fc’s AF setup. Both cameras can shoot stills continuously at up to 11fps, which is a respectable speed for a camera in this price range.

There’s no in-body image stabilisation (IBIS) here, but the Z fc can gain optical stabilisation with compatible lenses. The 16-50mm kit lens I reviewed the camera with supports it for example, but it would have been nice to have IBIS available and any Z mount lens given the benefit of Nikon’s Vibration Reduction tech. One for the company’s next retro camera, perhaps?

The battery is rated to provide around 300 shots on a full charge, with a USB-C port allowing for both internal charging and a constant power supply (something you won’t find on the Z50, incidentally). This will prove really handy for anyone using the Z fc as a webcam or streaming camera (there’s a free Nikon Webcam Utility app for Windows and Mac). A separate AC battery charger is also supplied in the box.

Connectivity is a mixed bag, though. While generally fine – there’s Bluetooth and Wi-Fi on the wireless front, a micro HDMI for video output, a mic input and the aforementioned USB-C port – the lack of a headphone socket for monitoring audio is a glaring omission, especially given the generally vlogger-friendly feature loadout.

The 20.9MP APS-C sensor used here is a dependable workhorse that delivers strong results in a range of lighting conditions. Like the Z50, the Z fc has an extended ISO range of 100 to 51200 and can perform capably in low-light conditions – although the small aperture of the kit lens on our review sample did limit its capabilities in this regard, and we’d be interested to see how a non-stabilised but larger aperture lens like the new Nikkor 28mm f/2.8 might perform in similar circumstances.

JPEGs from the camera are sharp with rich colours, and while you might not get the sheer dynamic range and low-light ability that a full-frame sensor would bring we think it’s a good trade-off given the Z fc’s compact size. If desired, you can shoot stills in 14-bit RAW format, which should give you more wiggle room when editing.

The camera has a nice range of video options too, with 4K at up to 30fps and 1080p at up to 120fps (for slow motion playback). The 4K footage exhibits a nice level of detail, even if the lack of a true “flat” picture profile limits its filmmaker ambitions somewhat. For vloggers however, there’s real appeal in the Z fc’s combination of good quality footage, lightweight build, front-facing screen and effective real-time eye-tracking autofocus. 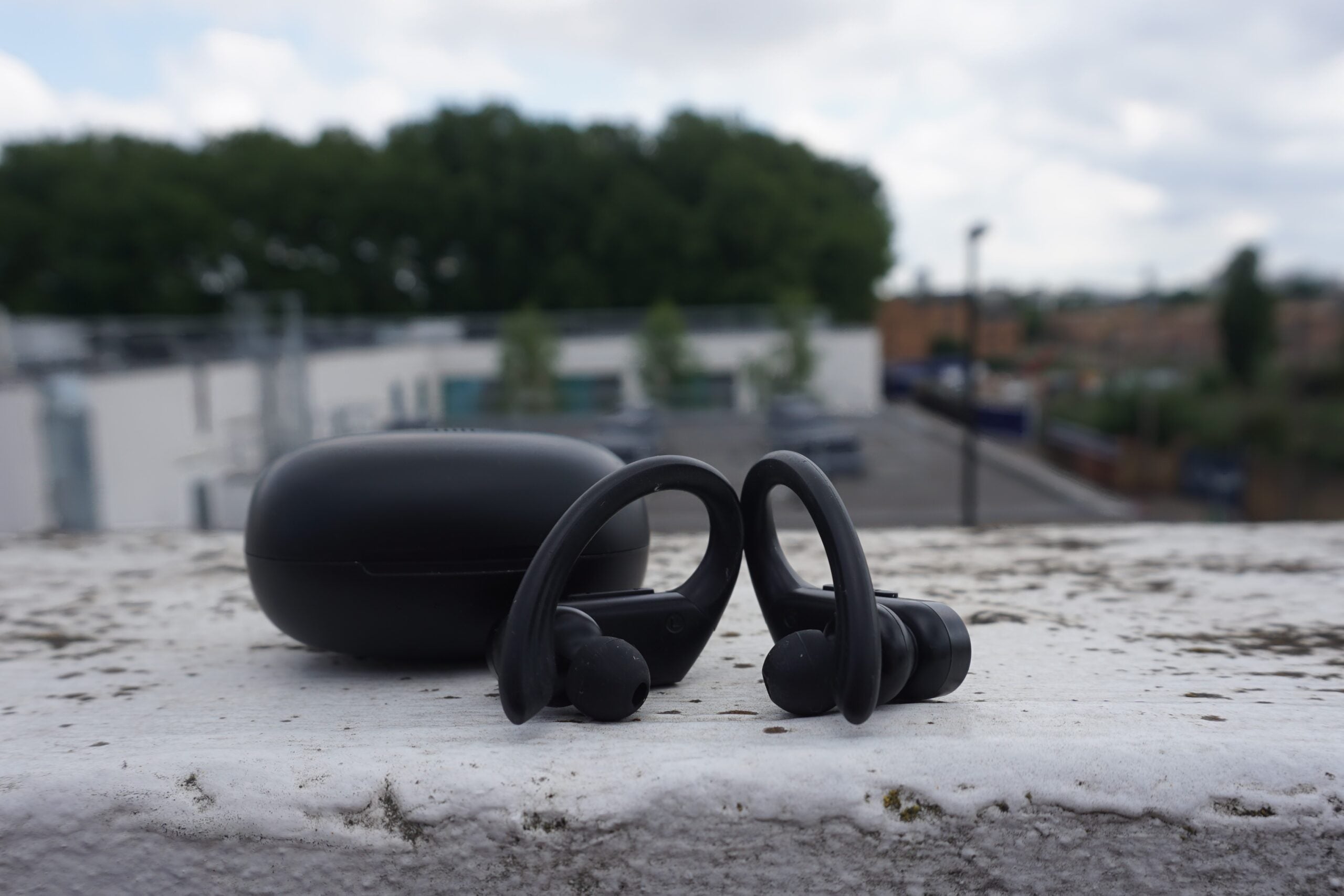 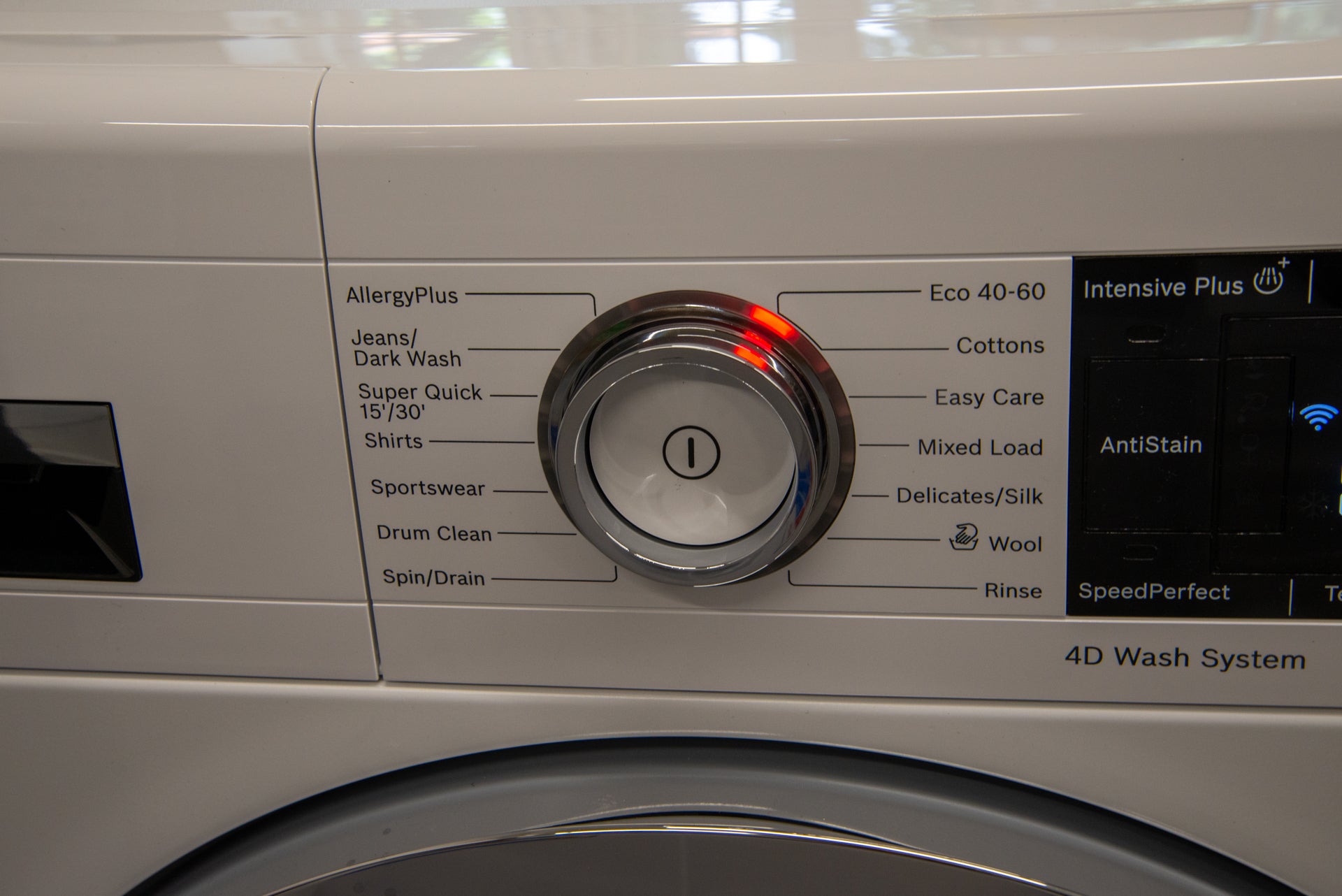 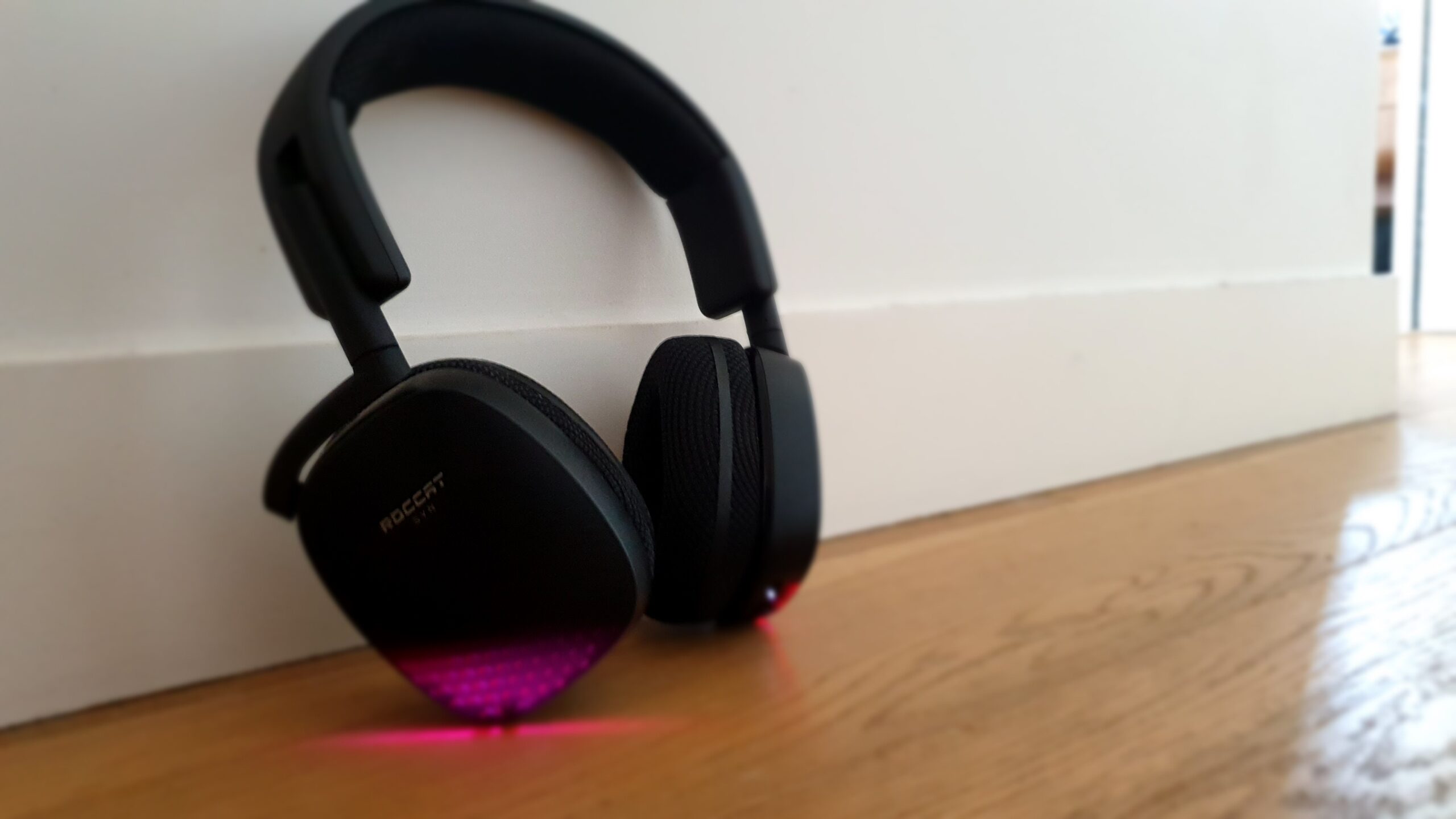 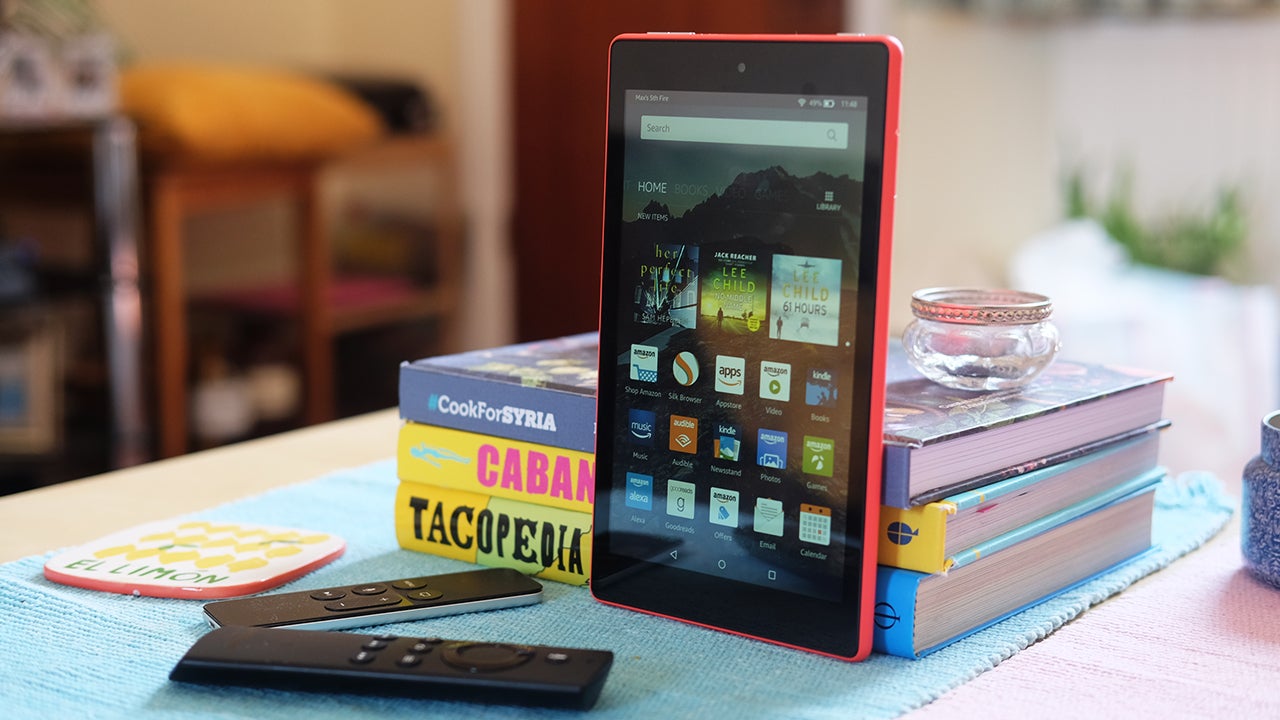 You want a portable camera with personality: The Z fc’s old-school styling and control set-up make it stand out from the mirrorless pack, and its portability makes it suited to travel and street photography as well as vlogging.

You’re looking for cutting edge performance: The lack of in-body stabilisation isn’t unusual in a camera in this price range, but its inclusion would have brought the Z fc’s performance up a level.

To view it dispassionately, the Nikon Z fc isn’t much more than a Z50 with a more versatile screen, improved USB port, reworked controls and retro look. But that isn’t how it works, and that retro look gives the Z fc a personality and charm that makes it a far more desirable camera than the Z50 ever was.

The compact size and low weight add extra appeal, and this a camera that feels like more than the sum of its parts. Technology-wise, it’s nothing ground-breaking – but the overall package adds up to Nikon’s most characterful mirrorless model so far.

We thoroughly test every camera we review. We’ll always tell you what we find and we never, ever, accept money to review a product.

How does the Nikon Z fc charge?

No, there is no weatherproofing here

Is there a viewfinder?

There’s an OLED viewfinder on the camera