As the Nikon AF-S 80-400mm f/4.5-5.6G ED VR’s £2500 list price suggests, there is a lot of technology packed into Nikon’s latest telephoto zoom. With 20 elements (including four with ED glass and one with Super-ED glass), AF-S focussing, four-stop VR and technical test results that are consistently high, this version is not to be confused with the previous-generation AF 80-400mm f/4.5-5.6D ED VR lens. 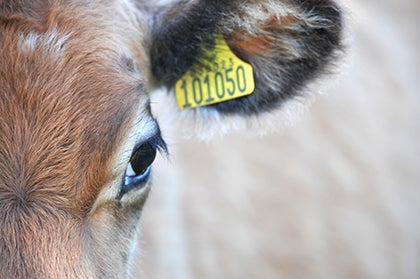 The new AF-S, G-series zoom is nothing short of imposing. There is a very generous zoom ring towards the front of the lens but, almost inevitably, the deep cylindrical lens hood obstructs most of this when stored with the lens set to its shorter focal-lengths.

Towards the rear of the lens is a narrower manual-focussing ring that is just about within reach of the user’s fingers when the camera is palm-held using its tripod-mounting ring. The zoom mechanism feels a little heavy but the focussing collar turns with just the right amount of resistance.

Between these two collars sits a column of five slider switches. The top three are easily reached and control the focussing mode, focussing range and VR activation. The fourth switch, which is a little too low for comfortable access but can be reached with a little twisting of the hand, sets the VR mode. The fifth switch is used to lock the lens in its fully collapsed state at 80mm and can only be used with the camera away from the eye.

There is also a focussed-distance window but the aperture is very small and the figures are tiny, hindering readability. On the other hand, the lens-lock switch features a high-visibility indicator that shows orange when the zoom ring is secured.

The AF and VR systems are both a delight. Although the focussing mechanism is reasonably quiet it is the system’s reliability, even under very low lighting conditions, that really impresses.

The VR system is similarly quiet but here it is the lack of “clunk” and the very small amount of optical jarring that inspires confidence.

It is worth noting that the lens has been weatherproofed through the inclusion of a rubber seal on the camera-mounting flange and that protection during transit is provided by the padded carrying case that is supplied with the lens. 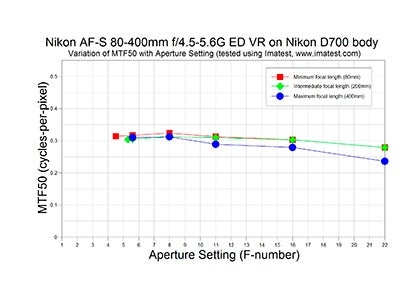 Technical testing revealed an excellent set of MTF curves that remained almost flat across 0.3 cycles-per-pixel from wide-open to f/16 at all focal-lengths. There was a significant drop beyond f/22 at 400mm but an interesting observation is the effectiveness of the VR system, which invariably improved the results even for tripod-mounted pictures.

Overall this is a really impressive lens. Its only real drawbacks are its high mass and substantial price but these are also factors that arise directly from the amount of technology that is packed inside. Potential buyers who want a cheaper alternative may be tempted by the previous-generation version but those who want the best will have to dig deeper to afford the AF-S 80-400mm f/4.5-5.6G ED VR – and should be rewarded with many years of top-flight service as a result.